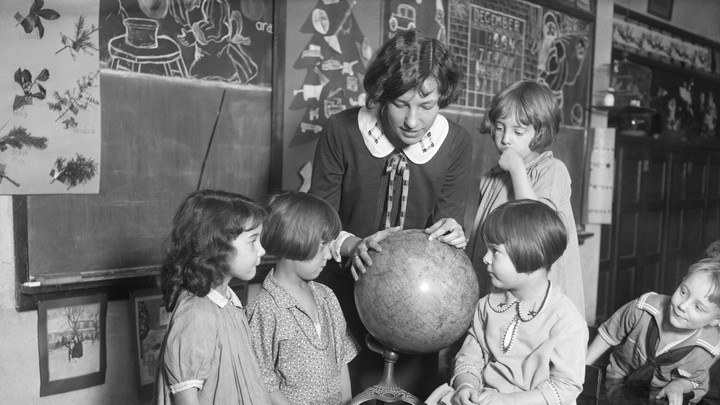 In terms of Wiltshire and women’s suffrage, the awesome figure of Edith New – Swindon-born but London-based – overshadows much of the grassroots activism in the early 20th century. The town of Corsham is known to have been very supportive of the Great Pilgrimage that came through the county in June 1913, but there are no local names of women that stand out as activists and speakers, and though the pilgrimage also came through Chippenham the populace here are thought to have been largely indifferent and instead responded better to the antis coming through around the same time. Trowbridge had a branch of the WSPU, with Bessie Gramlick as joint secretary alongside Lillian Dove-Willcox (who famously evaded the 1911 census by camping out in a caravan on Salisbury Plain), but not a great deal about their activities has been recorded. In contrast, the Devizes branch of the WSPU, with secretary Katherine Abraham, appear to have been much more active.

Katherine was a grocer’s daughter, born at Upavon on the edge of Salisbury Plain at the beginning of 1888. She was the younger of two children – her brother Edward was two years her senior – and her parents had married quite late on for the time, which perhaps explains her lack of other siblings. Her father had run a grocer’s shop on Estcourt Street in Devizes, but by the time Katherine and Edward were around he’d taken retirement. The family lived in Upavon for a while, but by the turn of the 20th century they were back at Estcourt Street where the shop was no longer a going concern for the family – it appears to have been next door, in a premises now occupied by Roses’ Hardware – but their smart town house was of a good size and they were financially solvent enough to be able to employ a servant.

Katherine’s level of education is unknown. She definitely would have attended elementary school – probably at the National School for Girls – and she may have gone further, likely to the Devizes College and High School, as the town’s private grammar school was only for boys.

Her father died in 1902, when she was around 14. The family continued living in the Estcourt Street house, and her brother began to train as a doctor. Katherine was well positioned – unmarried, comfortably off, and probably educated to a good standard – to become involved in the movement for women’s suffrage. She became the secretary for the Devizes branch of the WSPU on its establishment in 1911, but had probably been involved in the work of the National Union of Women’s Suffrage Societies which had been active in Devizes since around 1909.

One of the first acts of the Devizes WSPU was to attempt to boycott the 1911 census, in line with other branches nationally. Katherine’s mother wrote her name on their family census form, but this was crossed out later as she did not spend the night of 2nd April 1911 at their house. Instead, Katherine and three other WSPU members – Flora Sainsbury, a domestic science teacher; Evangeline Cross, head teacher of the girls’ national school; Kate Allen, head teacher of the national infants’ school – hid at an empty house in Victoria Street, Devizes, to evade the census. The enumerators found out, and on 20th April their details were recorded (with various errors – Evangeline was recorded as Eveline) alongside those of Emily Hale, an art teacher who was also away from her lodgings that night to evade the census. Another known WSPU member, teacher Norah Ussher, may also have been with them on census night, but her father recorded her presence at the family home in Potterne Road regardless. There may well have been others in the Devizes WSPU, who either successfully evaded the census or were recorded by their families even though they were not present.

Katherine, with Norah and Flora, attended the Women’s Coronation Procession through London on 11th June 1911. This was a mass suffragette march, held just before the coronation of King George V, aimed to demand women’s suffrage in the new era. Katherine, Norah and Flora – dressed in suffrage colours white, mauve and green – carried the Moonraker banner on behalf of the Devizes WSPU and joined 40,000 others on the route from Westminster to the Albert Hall. Many women dressed as well-known female historical figures, and there were representatives from various different groups and societies in the movement.

It’s likely that Katherine stayed involved in the WSPU until their cessation of activities at the outbreak of the First World War. Her friend and colleague Norah had a boyfriend who was killed during the war. Katherine married her young man, Jessie – a coal miner from South Wales who had somehow found his way to Devizes – in the autumn of 1915. Their son Thomas was born in the October of 1916. At some point that can’t quite be pinpointed, Jessie went into the army to fight, and was sent to India. He died out there at Poona, in September 1918, having contracted influenza that mutated into pneumonia, and was probably a victim of the Spanish Flu pandemic. This left Katherine as a widow with a son aged not quite two. She was probably supported by her WSPU friends, none of whom had married, and they encouraged her to take her next steps.

In the spring of 1919, after the war was over, Katherine applied to the war office for funds for a period of training as part of her widow’s pension. She got this grant, and moved to the Golders Green area of London with Thomas to train as a Montessori teacher. This child-centred system of education had been popularised in the UK by its founder Maria Montessori a few years earlier, and allowed Katherine to train for a profession alongside caring for her son in the same setting.

After four months of training, Katherine was qualified and able to take up a position. She found one in Sheffield, at a Montessori school headed by Hilda Doncaster – a Quaker and wife of a steel manufacturer. Whether this was her first position or a later one is unclear, but she was definitely working there from the late 1920s onwards, and living close to the Sheffield Botanical Gardens.

The Montessori school where she worked was located on Psalter Lane (the building it occupied now houses the city’s Interfaith Centre), and in 1931 an advert for the school detailed that they could explain the educational methods at an open day. The same advert also promised a demonstration of Margaret Morris dancing, a method that encouraged grace and good posture, given by Mrs Doncaster’s daughter Margaret. Mrs Doncaster had four children, including Christopher who went on to be a celebrated theatre designer. Katherine’s own son Thomas, who came through the same Montessori system, trained as an architect and was practicing by the beginning of the Second World War. Architecture was one of the reserved professions, so he did not have to fight in that conflict.

Thomas, who lived at home with his mother even as a young adult, married during the war years and eventually gave his mother four grandchildren. Katherine appears to have moved back to the London area during the tail end of the war, living in Bermondsey. At this point she would have been in her mid-to-late 50s, and like many of her generation she had not married a second time. She probably continued to work as a Montessori teacher until taking retirement.

The Women Who Made Me

The Women Who Made Me project is run by Wiltshire-based historian Lucy Whitfield (https://lucywhitfieldhistorian.co.uk/), initially as an off-shoot of her genealogy work at www.onceuponafamilytree.co.uk but it has taken over with a vengeance.

The project seeks to bring the lives of real women from the past into focus, against a family history background traditionally populated by their male contemporaries, and inspire people to look again at their female ancestry. Lucy regularly talks to community groups about the colourful women's history she has found, and demonstrates at museums and history centres.

To include the life of a woman in The Women Who Made Me, there has to be a story to tell beyond the bare details that she was born, she married, she died. The barest oral details of her life, or facts identified from records, can flesh out her story and bring her life into focus.

Exact identifying details are blurred (no surnames, exact addresses, exact years of birth or death) to protect the data of living family.